Who was Willard Jones?

The year was 1833. Still nearly four years away from officially being chartered as a city, Chicago consisted of a sparsely populated rural territory with approximately 350 inhabitants. Fresh off …

Jonathan joined the downtown office of Norwood O'Hare Realty Group as an Associate Director in 1996. While there, he assisted with the leasing of such high profile Loop office towers as 150 North Wacker, 11 South LaSalle, 30 North Michigan, 100 West Monroe, 200 South Michigan and 5 North Wabash. Additionally, he participated in the negotiation of nearly 100,000 square feet of tenant representation leases over a 3 year period.

Jonathan is a life long Chicagoan who resides in the city with his wife and daughter.

Brandi Williams is a Chicagoan, born and raised on the South Side. From an early age, she obsessed over the Chicago skyline, neighborhoods and the Bulls. Her favorite building was the Sears Tower (currently known as the Willis Tower).
In 2014, Brandi started as a crew member then was promoted to Catering Specialist at Einstein's Brothers Bagels, located at the corner of Washington and LaSalle Street. There, Brandi discovered an interest in commercial real estate. Interested in making a career change, Brandi graduated from Harold Washington College in 2019 with a degree in Paralegal Studies. Brandi then earned a degree in Business Administration from Robert Morris University/Roosevelt University in 2020.
Since then, Brandi has worked for healthcare, unemployment, and insurance companies offering customer service, research, data collection and data management. Brandi enjoys personal development and has a passion to add value to those around her and in her work ethic at Willard Jones. 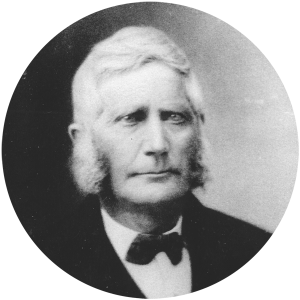 The year was 1833. Still nearly four years away from officially being chartered as a city, Chicago consisted of a sparsely populated rural territory with approximately 350 inhabitants. Fresh off of a stint as a carpenter involved in the construction of the Erie Canal, one of the region’s early settlers, Willard Jones, migrated from New York and decided to set down roots.

For a mere $200, he purchased several plots of land in the area that today comprises the Central Loop business district of downtown Chicago. Jones constructed a farm and successfully operated it on this terrain for a number of years.

As the population started to grow and early industry emerged, real estate began to gain in value as early developers looked for ways to utilize land in ways more profitable than agricultural use. In response to this phenomena, Jones began selling off parcels of his land in 1844 in the surrounding vicinity of what today encompasses Clark Street on the east, LaSalle Street on the west, Monroe Street on the south and Washington Street on the north.

Jones continued to operate a smaller version of his farm in the vicinity of the present day intersection of Clark and Monroe. Amidst the new developments, he needed to maintain a dedicated path for his cows to access a nearby pasture. Therefore, when he sold off these plots of land, he included an easement for cow access in the sales deed. No construction was permitted that would obstruct this “cow path” in any way.

As downtown Chicago began to develop over the upcoming decades, the easement was held legally binding by the Illinois Supreme Court in 1925. When the 22-story office tower known as 100 West Monroe was built on this land site in 1927, the building had to be built around and over the path. A plaque was placed on the building which reads as follows: “Historic Cow Path: This areaway 10 x 177 x 18 feet is reserved forever as a cow path by the terms of the deed of Willard Jones in 1844 when he sold portions of the surrounding property. Erected by Chicago’s Charter Jubilee and Authenticated by the Chicago Historical Society, 1937.”

We proudly pay tribute to Willard Jones with the formation of Willard Jones Real Estate to help bring recognition to his role as one of the pioneers and founding fathers of downtown Chicago commercial real estate.